(Page 2 continued)
Click Here to go back to Page 1


I had the opportunity to rediscover Austin during the better part of this past July and August of 2002. The city experienced an unprecedented population boom during the late 1990’s which many feared would forever alter its uniqueness. However, the essence of what has always made this city a unique oasis of disorganized cultural spontaneity is still very much in place. Even a "Keep Austin Weird" campaign recently emerged, reflecting the population's resolve to maintain an embrace of the anything-goes, friendly, laid-back, engaging atmosphere that has for years shaped this city into a progressive concentration of genuine cool. 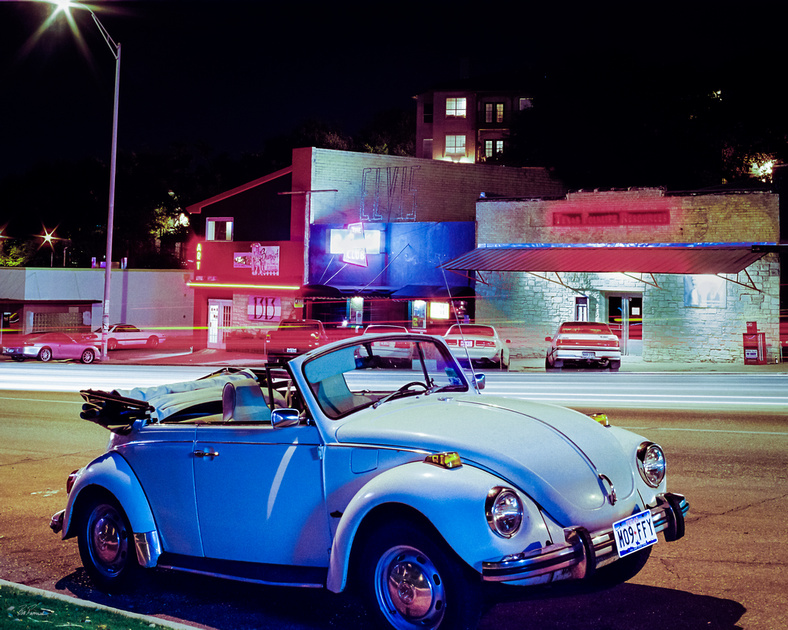 Click here or the image above to view the Austin gallery.


Designed more in the European tradition, the city of New Orleans is one of the most aesthetically beautiful urban centers in the world. This gallery is the result of a four day exploration of the French Quarter, downtown, the Garden District, Tulane and Loyola Universities, city parks, cemeteries and a nearby plantation. Additional images from New Orleans can be found in the Archives / Miscellaneous Gallery.
Click here or an image above to view the New Orleans gallery.


Images on this site are now arranged among the following three categories: *

• Urban - Architectural
• Abstract - Manipulation
• Nature - Animals
* These galleries have since been reorganized into new portfolio galleries, which are displayed on the main "Galleries".  Images from most of the older galleries are still available in the section entitled "Archives", primarily for personal archiving purposes.

Although my focus remains on compositions of the American urban landscape (found within the first category), I thought it would be useful to separate those photos which are sufficiently different from my primary emphasis.

NEW PHOTOS OF DOWNTOWN FORT WORTH


I added three new photos of Burnett Plaza, Landmark Tower, and the Water Gardens.* It has been a long time since I have been able to add new work to this website, but I will hopefully have the opportunity to add new images from Austin, New Orleans and elsewhere over the coming months.
* The photo of the Water Gardens is not currently available, but may be added again in the future. 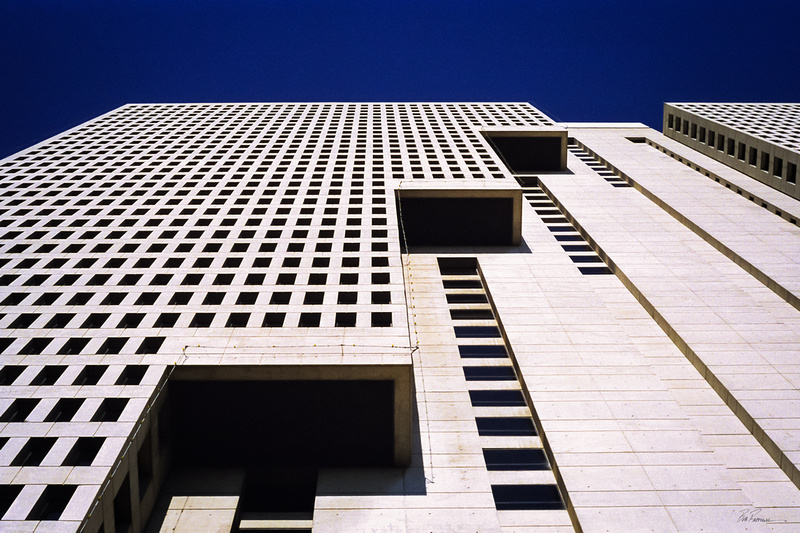 Burnett Plaza Tower in Ft. Worth

Click here or the image above to view the Fort Worth gallery.

Information has been added under "Prints" about acquiring prints of photos displayed on this site, as well as information on headshot and portrait sessions.


New photos of Venice Beach, California have been added in the Metropolitan Los Angeles Gallery.

Originally founded in 1905 as a "West Coast" version of Venice, Italy, by the 1960’s Venice Beach had been incorporated into the city of Los Angeles, its water canals had been filled in, and the first wave of "Hippie Invasions" altered the cultural landscape of this beach community forever. Today it remains one of the best places in California for "people watching" — a bohemian neighborhood bursting with scenes reminiscent of its short yet colorful history.
Click here or the image above to view the gallery.


Downtown Dallas has developed into an urban center with an outstanding concentration of architectural excellence, and unquestionably lays claim to some of the most phenomenally designed commercial structures in the southern United States. Because I had very limited time in the area, the majority of these pictures focus on my all-time favorite skyscraper — I.M. Pei's Fountain Place tower. I will hopefully have an opportunity to photograph more of Dallas in the near future. 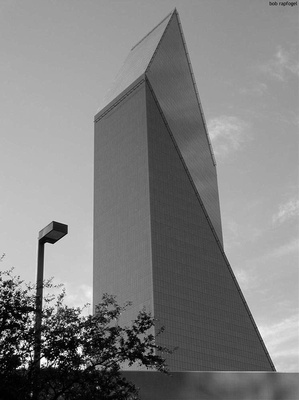 Click here or the image above to view the Dallas gallery.

This building caught my eye while I was taking exterior photos of the nearby Temple Beth-El. Although I grew up less than a mile from the area, I never took much notice of this building before. Being there at sunrise, however, made me notice for the first time its interesting shape and reflective qualities. For the most part, its design is a pie-shaped footprint with reverse stair-stepping elevations along a cylindrical axis. However, its relatively basic geometric shape doesn’t detract from its unique and interesting style.* 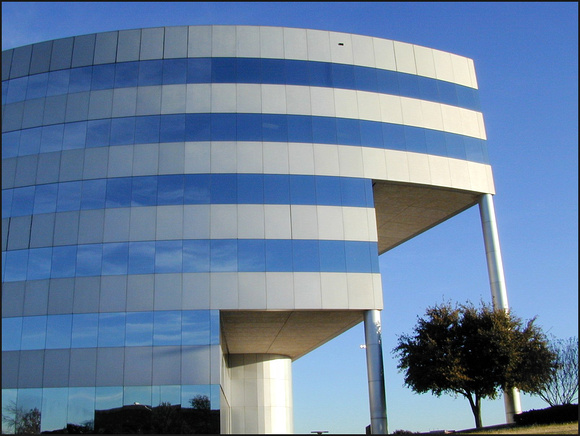 The East Texas Piney Woods is one of the most beautiful regions in the state. These pictures were taken around towns known to few outside the region, including Athens, Seagoville and Frankston. Although these pictures capture outdoor scenes during a mild Texas winter, I hope to return to the area in early autumn when the landscape's colors really come to life.* 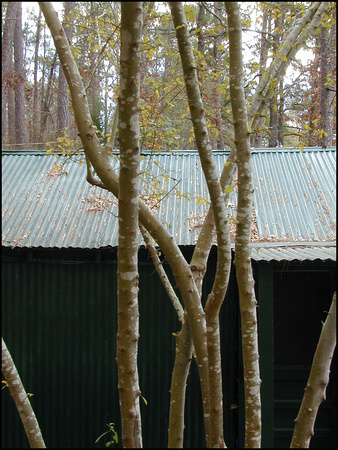 * This gallery is not currently available; however, images from this gallery may be displayed again in the future.
Other images from Frankston are displayed in the "Landscapes" and "Other Favorites" galleries.

The recently completed Temple Beth-El represents an outstanding architectural addition to the city. A contemporary design reminiscent of the "Old Temple" of ancient Jerusalem, this structure embodies an impressive array of themes emphasizing light, space, color, comfort, spirituality and functionality. Rather than competing with one another, these numerous thematic elements blend harmoniously to create a tasteful and unique congregational center.* 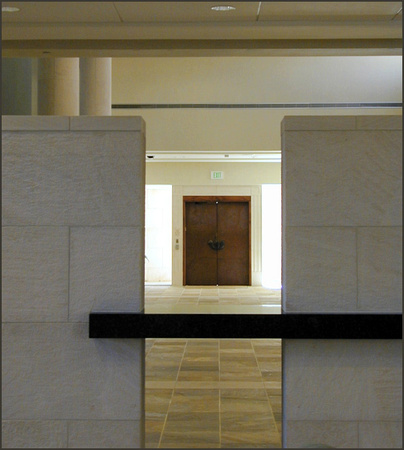 Temple Beth-El in Fort Worth, Texas


These skyline photos were taken from atop a Hollywood high-rise on the same morning that I shot the Rooftop Reflections* photos. The clearing of the skies after a rain storm created a beautiful sunrise behind the downtown buildings. They have been added to the Downtown Los Angeles Gallery.
* The "Rooftop Reflections" gallery is not currently available; however, images from this gallery may be displayed again in the future. 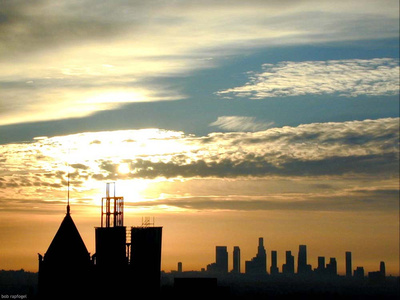 Downtown LA from Hollywood at sunrise

Click here or the image above to view the updated Downtown Los Angeles Gallery.

NEW PHOTO OF THE PACIFIC DEISGN CENTER IN LOS ANGELES


The Pacific Design Center is an enormous compilation of bulky glass structures conspicuously flaunting its size and vivid colors in a manner that creates a harsh contrast with the Melrose Avenue neighborhood in which it sits. As I was leaving the recent "What's Shakin' - New Architecture in LA" exhibit at the MOCA next door, I couldn't help but appreciate the interesting visual possibilities created by this structural oddity. Although the property’s security personnel are not amicable to people taking photographs of the building, I managed to sneak in a few shots before being asked to leave, one of which I’ve added to the Metropolitan Los Angeles Gallery. 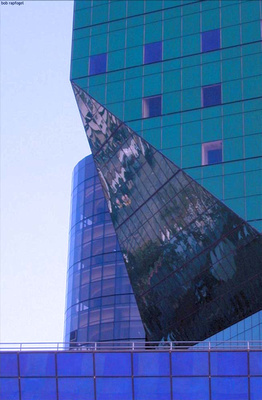 Click here or the image above to view the updated Metropolitan Los Angeles Gallery.


These images were taken on the rooftop of a Hollywood building the morning after a heavy rain. The storm had cleared the all too often smoggy skies while leaving the roof covered with shallow puddles of water. These two elements came together to create a temporary reflective effect which I attempted to capture in these photos.* 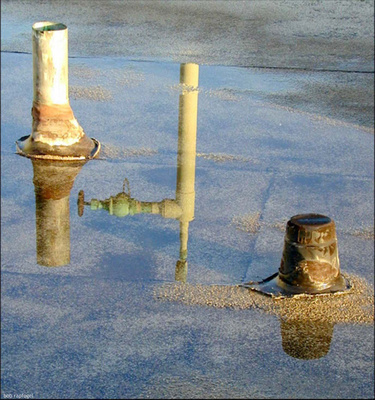 * The "Rooftop Reflections" gallery is not currently available; however, images from this gallery may be displayed again in the future.


I have rearranged and added new photos to the Metropolitan Los Angeles Gallery, most of which are the product of several long strolls through the Hollywood and Hollywood Hills neighborhoods. Although there are several images of famous landmarks such as the Graumans Chinese Theatre, most of these images are intended to focus on every day scenes in the neighborhood. The gallery includes imagery ranging from densely populated stucco apartment buildings to the famous Roosevelt Hotel. 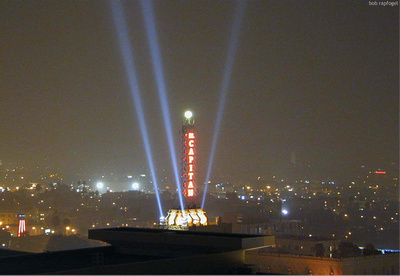 Click here or the image above to view the updated Metropolitan Los Angeles Gallery.


It’s challenging to find an ideal categorization for organizing photographs. Because many of my photos are geographically specific, most of this site is organized by location. However, I wanted to experiment with at least one alternate format of display. So, I created a 10 page, thematically organized compilation. It remains a work in progress but hopefully provides a coherent way to explore the images in a manner that highlights visual concepts that are common across different locations.*


San Francisco is a city of stunning visual diversity that can almost overwhelm the senses. On the one hand, it's hard to take a bad shot here. On the other hand, no matter how well a picture turns out, it can never do justice to experiencing the sights first-hand. I choose the commercial center as a fitting environment to focus my first photographic exploration of the city. I tried to discover new ways to capture overexposed landmarks like the Transamerica Pyramid, as well as to work with a variety of interesting street scenes and lesser known structures of architectural interest. With so many neighborhoods crammed into this tiny 49-square-mile peninsula, each with their own unique visual characteristics, I hope to have many more photographic adventures in the Bay Area. 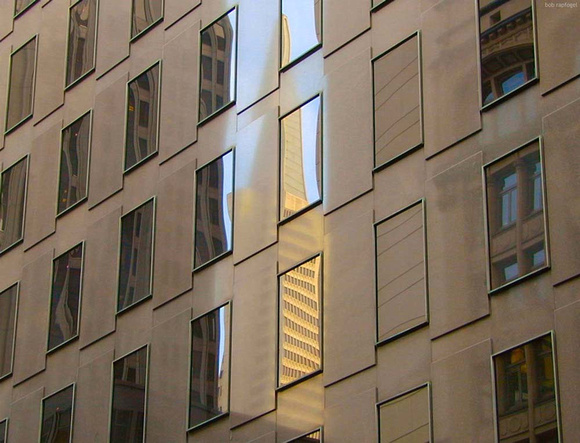 Transamerica Pyramid refection in nearby building

Click here or the image above to view the updated San Francisco Gallery.

NEW PHOTOS OF THE L.A. CONVENTION AND STAPLES CENTERS


These enormous structures allow for a tremendous degree of play with geometric patterns, reflective surfaces and proportionality. One of my favorite images highlights these three elements, with a pedestrian dwarfed in scale by the tall, curving, reflective glass corner at the north end of the Staples Center (thumbnailed below). These photos have been added in the Downtown Los Angeles Gallery. 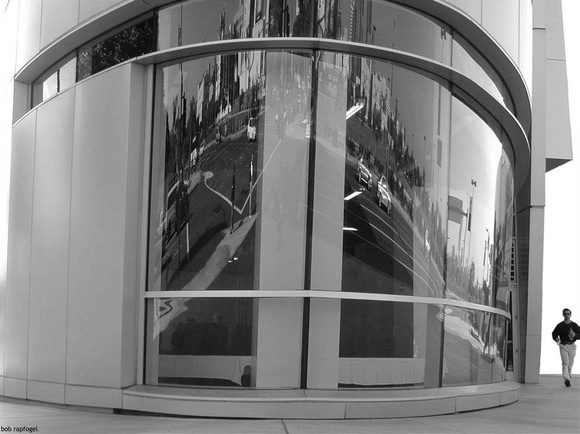 Walking by the Staples Center

Click here or the image above to view the updated Downtown Los Angeles Gallery.